Michael Sam, a brand you can trust? 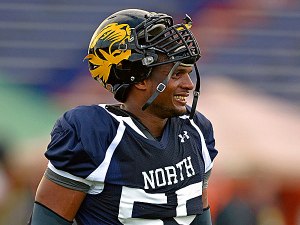 For many years, companies like McDonald’s to Pepsi have worked hard to build strong reputations in the eyes of their consumers. To support their efforts, athletes and celebrities are often used to endorse their products. Celebrities like, Michael Jackson, Beyoncé, Tiger Woods have all been brand ambassadors for some of the country’s most recognizable products.

In recent news, Michael Sam a young NFL hopeful announced publicly that he is homosexual. His honesty has won support by the likes of Michelle Obama, Bette Midler and Earvin “Magic” Johnson. With a potential NFL career at jeopardy, Mr. Sam made a decision to be transparent. His conviction to force people to see him as he really is despite their own prejudices has

To be a person that people can trust and admire, is what it means to represent a brand. For many people, including Ellen DeGeneres, it’s getting there that’s the hard part. When Ellen DeGeneres made her announcement back in the late 1990s, her announcement left many feeling unsure and caused a brief interruption and stunted her career. Since then, gay rights groups have been pushing for the human rights of members of their community by championing causes like, the Defense of Marriage Act.

“Michael is a great example of just how important it is to be respectful of others,” Missouri’s football coach, Gary Pinkel, said in a statement released Sunday night. “He’s taught a lot of people here firsthand that it doesn’t matter what your background is, or your personal orientation, we’re all on the same team and we all support each other.”

When Sam becomes a pro-athlete, Sam is the athlete every one of these huge companies should clamor for. He’s young, talented, and he’s honest. He’s a role model not just for LGBT youth, but for adults who struggle to walk in their own truth.

“I just want to make sure I could tell my story the way I want to tell it,” said Mr. Sam, who also spoke with ESPN on Sunday. “I just want to own my truth.”

Still young, he’s got a lot of time left to make plenty mistakes. But, it’s clear he’s off to an awesome start of making good choices. If we don’t see Michael Sam on a Wheaties box one day then it’s Wheaties’ misfortune. God speed, young brother!